Message to Noble Citizen of INDIA

Over fifty years ago, Indian Freedom Fighters laid down their lives for our freedom.  In the end, what was it all for? Today our politicians ride slip-shod over our laws, corruption is rampant. If the brutal way Baba Ramdev’s hunger strike was crushed is anything to go by, it would seem that India is now on its way to becoming an undemocratic „democracy“.

Finally, steps were taken to correct this. The Lokpal Bill was created. And what happens? False tapes turn out to discredit those who support this bill, supporters of Baba Ramdev are mercilessly and brutally attacked.


Until these demand are met and solutions implemented our attacks will not stop.
You, the government, were elected  to listen to the voices of your people.  To give them what they ask for. Too long have you ignored the voice of the „common man“ which you claim to represent. Anonymous and the people of India are speaking now. 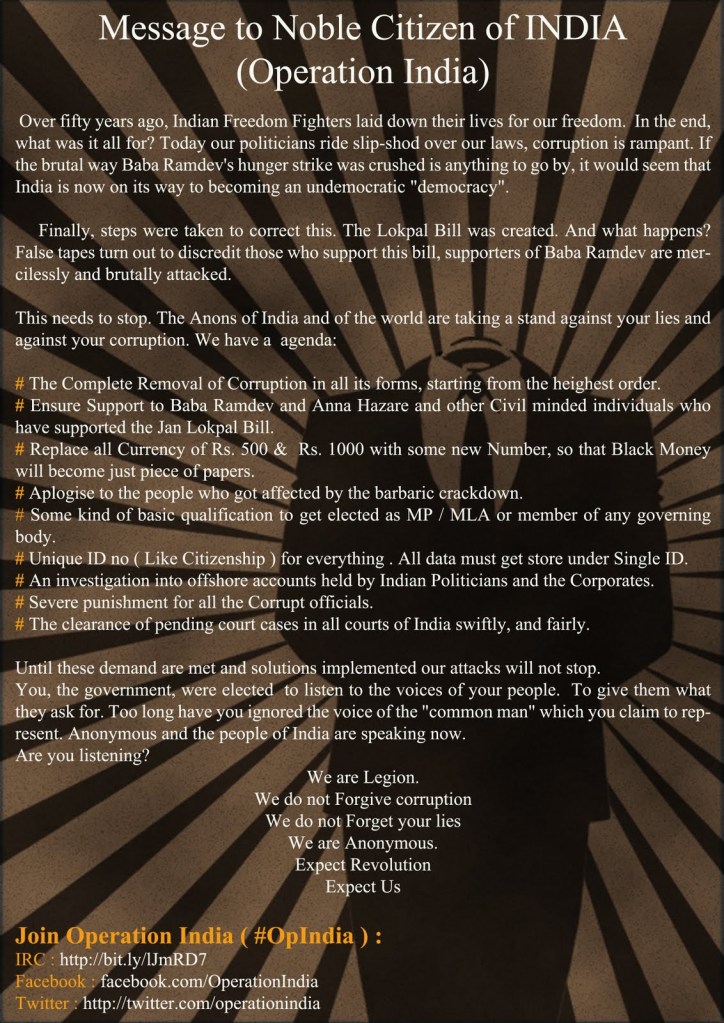